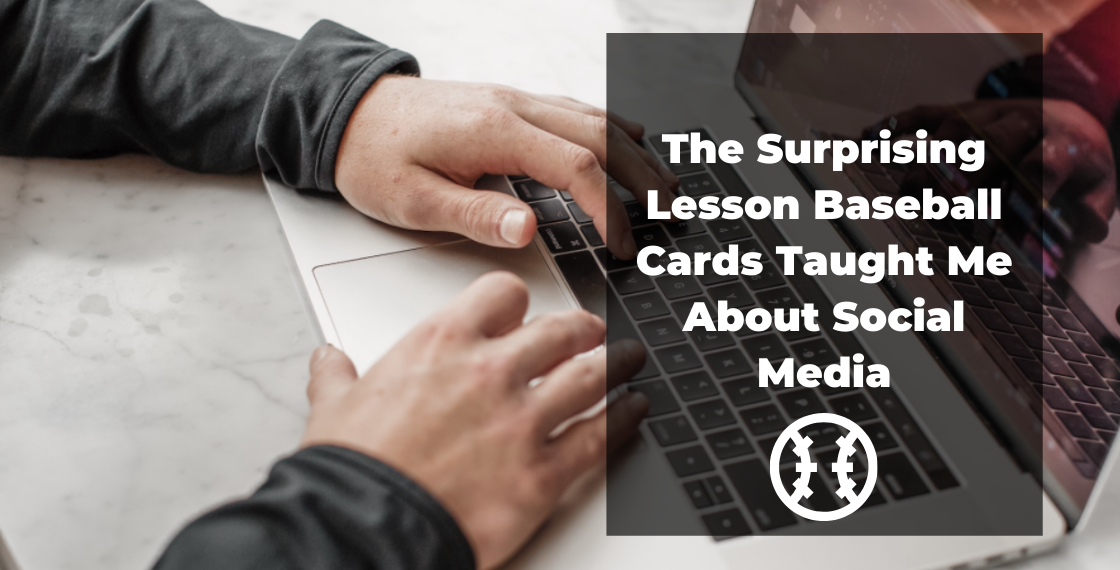 The Surprising Lesson Baseball Cards Taught Me About Social Media

Like many who grew up in the ’80s and ’90s, I was super-interested in baseball cards. Remember what we used to do to get a player’s autograph? We had two options: hope to find the player at a game itself, whether during the season or in spring training, or send a baseball card through the mail. We would mail (what could be) super-valuable cards to the player’s team, with hopes that whoever opened the mail would find the player, get his signature, and mail it back to the kid on the other end.

The chances of getting a reply were rather low at times and the risks were relatively high, because the precious baseball card might not be returned. I found that the Oakland A’s and Milwaukee Brewers were great (both teams returned my cards signed by the player 100% of the time), while the Seattle Mariners left a lot to be desired. I lost not one, but two, Ken Griffey Jr. rookie cards to the black hole that is the Mariners fan relations department.

Back then, way before the internet was a household term, it used to be really hard to contact well-known people. The closest thing many of us had to meeting that ballplayer was the “mail and pray” autograph strategy.

You know what's gotten drastically easier since then? Contacting people you admire and would like to know through social media. Whether it’s a baseball player or someone in the business world, we have no barriers to communication. Want to contact anyone at all? Find her on Twitter, LinkedIn or Instagram and send a simple message letting her know how much you like what she does. This message could be in the form of a tweet, status update (LinkedIn) or comment or direct message on Instagram.

Unlike the risk involved with losing a baseball card, is there a risk to sending an electronic message? Nope. Going a step further, what’s the cost of letting someone you know that you admire her work? Zero. In my opinion, expressing genuine appreciation — especially in a public forum like Twitter, LinkedIn or Instagram — is one of the best and most noble uses of social media. You’re not guaranteed a reply, but you’re not putting your Ken Griffey Jr. rookie cards at risk either.

I’ve done this with someone famous to me: Salt Lake City-based PR strategist and Forbes contributor Cheryl Snapp Conner, and now consider her a friend, despite the fact we’ve never met in person. How did I initially get to know her? Using both Twitter and LinkedIn, I simply shared the articles she’d written with my audience on those respective social media platforms. To ensure she saw my posts, I tagged her (using the @ symbol and her name) in the share descriptions.

She responded to my posts with comments like, “Thanks so much for sharing, Spencer!” Once I saw her acknowledging my comments, I continued systematically posting shares of her articles. And then something really cool happened, although I would never have expected it: She sent me an email (after going to my website) and said she’d like to write an article about me and what I do for her Forbes column.

That initial article appeared in Forbes more than two years ago, and there have been two more featuring me since then. The first allowed me to promote Reach-A-Child, a local non-profit, while the second corresponded with the launch of my book ROTOMA: The ROI of Social Media Top of Mind.

How can you apply this strategy? Wave a magic wand — who would you like to know? Send a message and see what happens. Remember, the physical and communication barriers that existed before no longer do. It now costs you absolutely nothing to reach out to someone you admire. Don’t wait, do it now. Oh, and I gotta run… just found Ken Griffey Jr.’s Instagram account and I need to let him know I’m missing two of his rookie cards.